As soon as I learned about this autumn’s Henry Girls tour programme I started the usual chain reaction; we interviewed family and friends if they were interested in The Henry Girls concert in Wendelstein. Wolfgang could finally buy the tickets; following were weeks of impatience and anticipation.

Due to various obstacles like fallen ill colleagues or late train arrivals, we had to change our initial plan for a joint dinner at Wendelstein. Wolfgang, Elfe, Markus, and I left Erlangen at 4:30 p.m. to avoid being held up in traffic. Despite a minor traffic jam we arrived early. As we were all hungry, we parked our car at the venue and went in search of a restaurant. After five minutes of discussing, we decided on having an early dinner at the “Goldenes Herz” restaurant. Elfe, Markus, Wolfgang, and I were lucky to get a table at the window. Sipping my beer, I looked outside, did hardly trust my eyes – three well-known faces were passing by the window. A few moments later the Henry Girls took their seats at the neighbouring table. The surprise and joy were mutual. We chatted until they had to leave. On parting, I asked them if they were going to sing Dúlaman (originally by Clannad). They told me that they hadn’t performed that one for months – déjà-vu.

When we returned to the venue, we met the rest of our lucky bunch: Ingrid and Gerhard, Ruth and Daniel.

When Lorna announced Dúlaman, you could have heard a pin drop. It was perfect. This time, we did not have the opportunity to record Dúlaman. The following version is from one of the concerts in Fürth. (picture only)
I added the lyrics at the end of this post.

Afterwards, it was time to say goodbye until – the next concert in Poppenreuth (2018-10-21). You can guess who will be there…

Thank you for this unforgettable Friday evening, dear Karen, Lorna, and Joleen McLaughlin! Markus, Ruth, Daniel, Ingrid, Gerhard, Elfe, Wolfgang, and I (Karen O.) enjoyed every minute. Until next time, my friends.

Whenever there is an opportunity for you to visit their concerts – you won’t regret it. Karen, Lorna, and Joleen are awe-inspiring musicians and love to interact with the audience, including a personal chat. 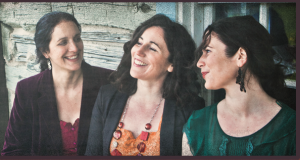 Markus knew it first. He contacted me right away, starting a chain reaction; more family and friends were interested in The Henry Girls concert in Nuremberg. Last autumn – as soon as tickets were available – Wolfgang bought 10 tickets. For all of us this meant months of impatience and anticipation.

Markus had booked a table at a Greek restaurant named Schöne Aussicht (= nice view) to chat about the concert, Ireland, travels to Ireland, etc. At 7 p.m. we squeezed into the two available cars, trying to be at Loni-Übler-Haus in time to get seats in adjoining rows. At the entrance, I showed my bunch of tickets and the girl behind the counter tried to count our happy bunch. Turning around my eyes fell on – Karen. We hugged and she told me that they had earlier discussed our possible attendance. 🙂

I asked if they were going to perform Dúlaman – one of my favourite songs (originally by Clannad). Karen told me that they hadn’t performed that one for months.

The concert started on time, briefly introduced by the organiser.

During the break, Wolfgang bought a CD for his brother, Wolfgang’s sister also bought a CD, my friend Ruth bought all three; it won’t come as a surprise that I bought the latest one, Far Beyond The Stars, as well.

When Karen announced Dúlaman right after the break, you could have heard a pin drop. It was perfect. During the song someone patted my shoulder: Ruth, smiling broadly, signalling two thumbs up. I probably told her way too often how much I love that song. This time, we did not have the opportunity to record Dúlaman. The following version is from one of the concerts in Fürth. (picture only)

Afterwards, it was time to say goodbye until – autumn 2017. You can guess who will be there…

Thank you for this unforgettable Sunday evening, dear Karen, Lorna, and Joleen McLaughlin! A special thank you to Joleen – sacrificing her birthday… I hope there was a huge celebration afterwards! Caro, Markus, Ruth, Evi, Ingrid, Gerhard, Elfe, Yúlika, Wolfgang, and I (Karen O.) enjoyed every minute. Until next time, my friends.

Whenever there is an opportunity for you to visit their concert – you won’t regret it. Karen, Lorna, and Joleen are awesome musicians and love to interact with the audience, including a personal chat.

Victor was born
The spring of 44
and never saw
His father any more
A child of sacrifice
A child of war
Another son who never had
A father after Leningrad.

Went off to school
and learned to serve his state
followed the rules
and drank his vodka straight
the only way to live
was drown the hate
the Russian life was very sad
and such was life in Leningrad.

I was born in 49
A cold war kid in McCarthy times
Stop ’em at the 38th parallel
blast those yellow reds to hell
cold war kids were hard to kill
under their desks in an air raid drill
haven’t they heard we won the war
what do they keep on fighting for?

Victor was sent
to some red army town
served out his time
became a circus clown
the greatest happiness
he’d ever found
was making Russian children glad
when children lived in Leningrad.

The children lived in Levittown
hid in the shelters underground
Til the Soviets turned their ships around
tore the Cuban missiles down
and in that bright October sun
we knew our childhood days were done
And I watched my friends go off to war
What do they keep on fighting for?

So my child and I came to this place
to meet him, eye to eye and face to face
He made my daughter laugh
Then we embraced
We never knew what friends we had
Until we came to Leningrad.

The following video was presumably made via smartphone, the sound was way better. The audience was awestruck.

Markus had booked a table at the Kulturforum’s restaurant – a wise decision as it is no secret that the food is fantastic, guaranteeing lots of diners. Elfe, Wolfgang and I arrived a little early, spent the time talking about the past swing concert and the upcoming event. A little while later, the door opened and in came The Henry Girls and – Markus! Karen, Lorna and Joleen spotted us immediately and chatted with us for several minutes.

The concert started on time, briefly introduced by the organiser.

Afterwards, Markus had to catch a train – some quick hugs and he was gone. I had promised Elfe a signed CD – another great opportunity to chat. We left with the promise that I’d get ‘my’ song next time.

Whenever there is an opportunity for you to visit their concert – you won’t regret it. Karen, Lorna and Joleen are awesome musicians and love to interact with the audience, including a personal chat and goodbye.

This time, The Henry Girls did not perform Dúlaman.
As some of you certainly love this version as much as I do…

We were in the mood for a swing concert. Luckily, we still got tickets for the Blue Moon Orchestra‘s programme The Story of the Big Bands.

It is nice to listen to a CD, sure; it is far better to attend a live event.  🙂

5 saxophones, 4 trumpets, 4 trombones, for the rhythm a contrabass, drums and piano, three singers 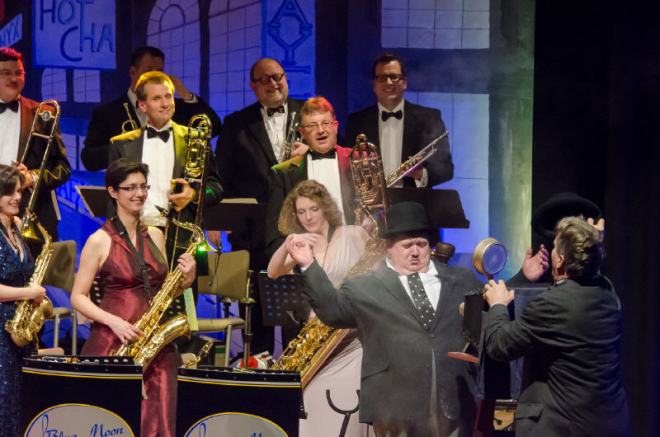 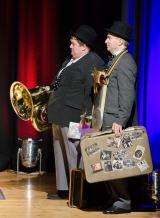 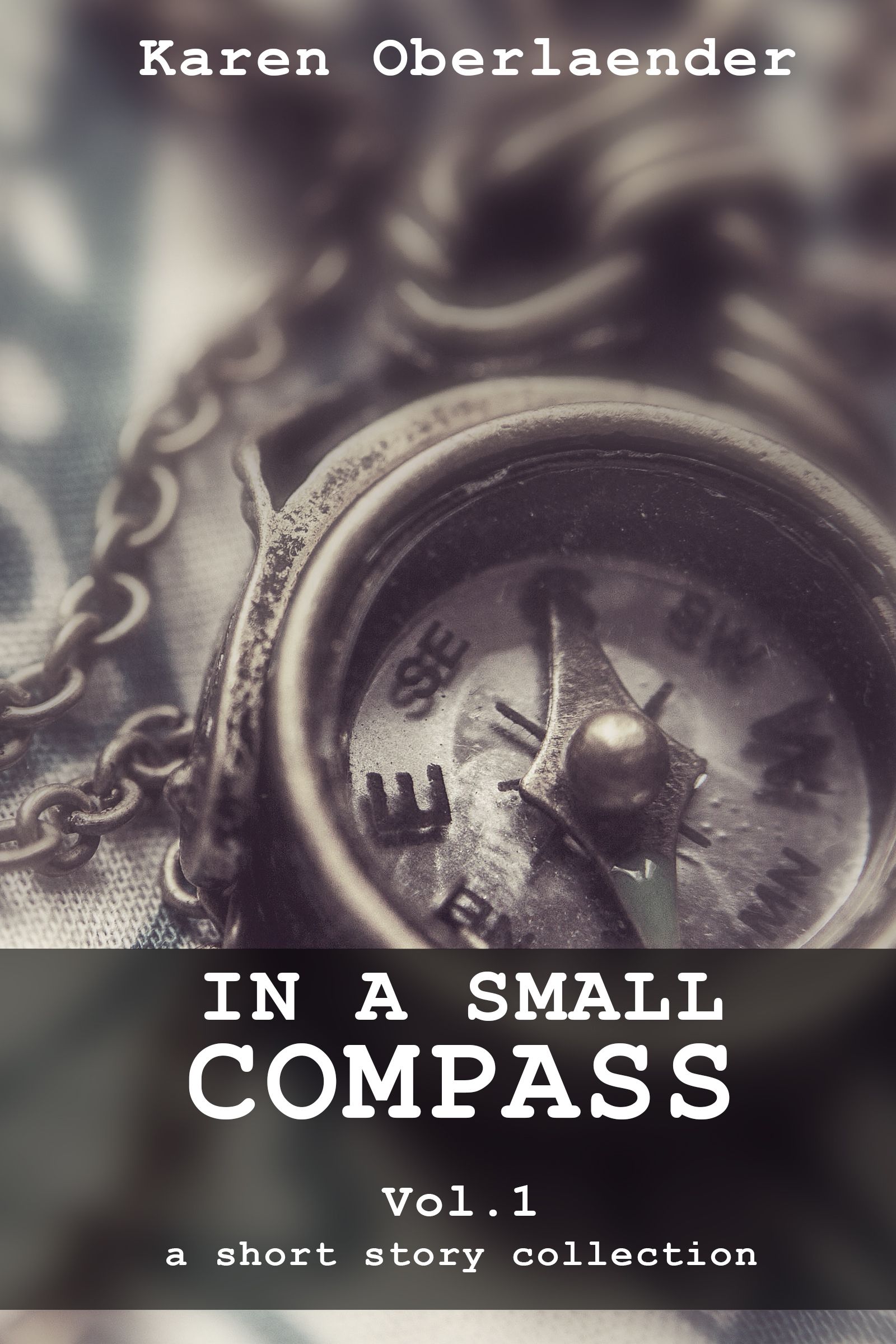 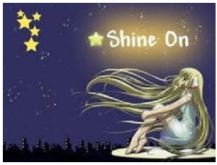 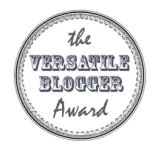 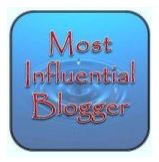 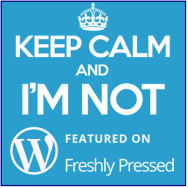 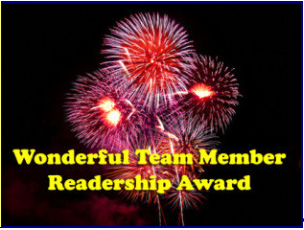 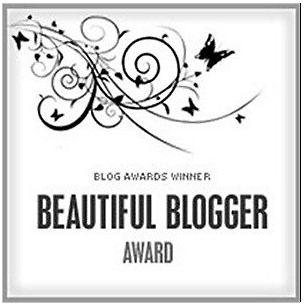 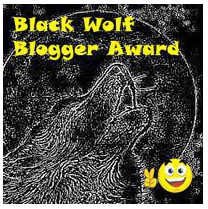 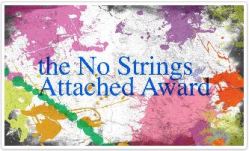 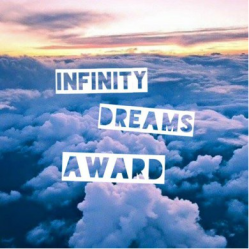 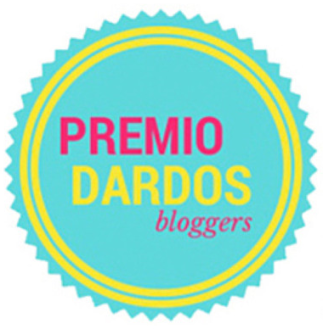 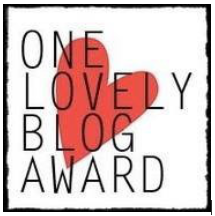